THE STORY BEHIND THE STORY: Of Happy Birthday Trees by Karen Rostoker-Gruber 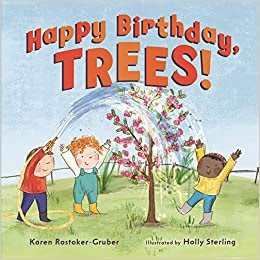 I was invited to a luncheon given by the PJ Library in New York a while back (pre-COVID).

They told everyone there that they were looking for board books. I write a lot of board books,
so when I went home that night I looked in my drawer and pulled out an old manuscript,
which at that time was called, "Happy Birthday to the Trees." I sent it to the PJ Library and
won their author incentive award (two thousand dollars).

Then, Karen Grencik (my agent at the time) sold the book to Joni Sussman, at KarBen. Joni
shortened the title to "Happy Birthday, Trees," which I like a lot better.
It's a board book about planting a tree with simple rhyming couplets and a repeated refrain.
It's for the Jewish holiday Tu B'Shevat, which is very similar to Earth Day.
Holly Sterling's illustrations are very lively and colorful! The characters in this book look
like they are having so much fun that I want to hop into her illustrations!
I also like the characters in my book because they come from diverse backgrounds and they
are working together in harmony.

Karen Rostoker-Gruber is a multi-award-winning author of over 16 traditionally-published
books with hundreds of thousands of copies sold. Farmer Kobi's Hanukkah Match, was
named a National Jewish Book Award Finalist and was awarded the 2016 Outstanding
Children's Literature Award from the Church and Synagogue Library Association. Her
books Bandit (Marshall Cavendish 2008), Bandit's Surprise (Marshall Cavendish 2010),
and Ferret Fun (Marshall Cavendish 2011) all received starred reviews in School Library
Journal; Rooster Can't Cock-a-Doodle-Doo (Dial 2004) and Bandit were both International
Reading Association Children's Book Council Children's Choices Award recipients;  three
of her books, Rooster Can't Cock-a-Doodle-Doo (in 2005), Bandit (in 2009), and
Ferret Fun (in 2012) were all chosen for the 100 Best Children's Books in the Bureau
of Education and Research's Best of the Year Handbook.  Rooster Can't Cock-a-Doodle-Doo
and Ferret Fun were nominated for the Missouri Show Me Award; Bandit was nominated
for the South Carolina Book Award; and Rooster Can't Cock-a-Doodle-Doo was a
Dollywood Foundation selection two years in a row (in 2007 the Dollywood Foundation
bought 73,579 copies and in 2008 it bought 88,996 copies). Karen's book,
Maddie the Mitzvah Clown, published by Apples and Honey Press, a division of
Behrman House, was named a PJ Library book selection in July of 2017 and went out to
21,000 4-year-olds in the US and Canada. Karen's latest books, Happy Birthday, Trees
(KarBen) and A Crowded Farmhouse Folktale (Whitman), will both be out in 2020.
Karen is an active member of SCBWI, has twice co-chaired the Rutgers University
Council on Children's Literature's One-on-One Conference, and is one of the co-founders
of The Book Meshuggenahs.  http://www.karenrostoker-gruber.com 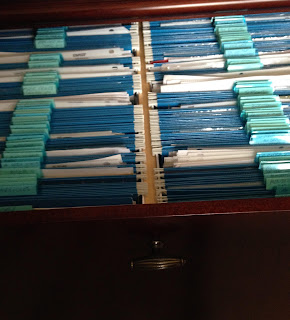 THANK YOU for Sharing Your Story Behind the Story, Karen!