Do you ever look at a published picture book and wonder how the author got the idea? Ideas can lurk in dreams, images, eavesdropping or memories. But recognizing an idea that's good enough to become a book that a publisher will buy can be a challenge.

There was a time when I watched my friends sell pictures books but I was too intimidated to write one myself. Few words mean each word has to sing a story together. Writing short is a very tall challenge. 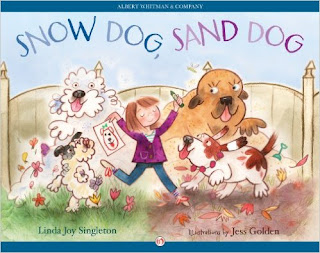 But then the ideas came....each one from a child.

My first picture book, SNOW DOG, SAND DOG (Whitman 2014) was inspired by a photograph. I was watching my friend Verla Kay speak at a school and up on the slide project I saw a photo of her as a child, building a snow dog. That image stuck in my head and the next day I wrote the first draft of SNOW DOG, SAND DOG. Five years later it was pubished. 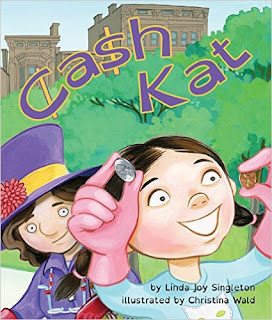 My 2nd picture book just came out!  YAY!! CASH KAT (Arbordale 2016) was inspired by my 6-year-old grandson. I was watching him one day and wanted to entertain him in an educational way. He was learning how to count money, so I created the "Money Game." I told him he had to earn (play) money to buy snacks. I put out chips, granola bars and other snacks on a tray then priced each item from one dollar to twenty. He could earn the play money by reading a book, exercising, or picking up trash outside. He loved this game, especially when we took a walk and filled a bag with trash.  A book idea was born! I created a character named Kat who spends a day with Gram Hatter cleaning up City Park, and finding coins and even a dollar which becomes a cash-counting lesson.  After a few years of waiting, CASH KAT is finally out! It comes with a teaching/activity guide aligned with Common Core. 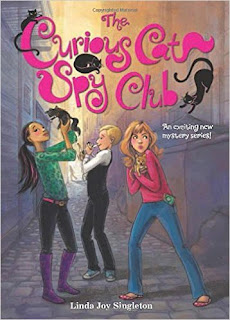 Another picture book I recently sold, LUCY LOVES GOOSEY was inspired by my granddaughter. One day my 4 year old granddaughter had her arms full with stuffed animals. I asked her their names. She rattled off some names but when she came to the last stuffed animal she said, "And this one is Big Sister." Well, my heart melted because as the youngest with two older brothers, she will never have a sister. I took this longing of hers and gave it to a little dog named Lucy who thinks a big goose named Goosey is her big sister. Look for it in 2017 from Little Bee.

And although not a picture book, my midgrade series
CURIOUS CAT SPY CLUB, was inspired by a real life club with the same name. I was 11 when I formed the club with my best friend. Now decades later, the club lives on in a series about three best friends. And I use many of my own real experiences. The child I once was inspired the adult writer I am now. 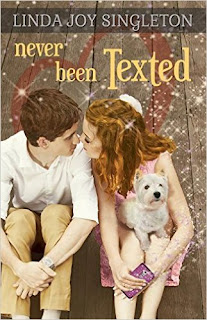 I'm often asked when I'm going to write for adults and the answer is never. It's much more challenging and satisfying to write for children.  Listen carefully when around children--you might just hear a wonderful idea. Good luck with your writing journey.

Linda Joy Singleton is the author of several middle grade and young adult novels, including NEVER BEEN TEXTED.

Writing tips and more can be found on her website: www.lindajoysingleton.com 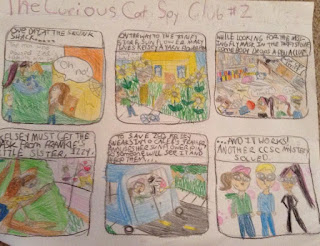 NOTE: Linda Joy's  books are huge fan favorites in our house! My daughter even did her 2015 Middle School Summer Reading Project on the Curious Cat Spy Club #2. Here it is.....