Asking Yourself the "Big Picture" Book Question by Stacy McAnulty

Would That Make a Good Picture Book?


I’m always asking myself this question. While I watch TV or movies. While I read books for adults. While I listen to music. What do I love about this show/book/song and how can I use that in a story for kids? It may sound like stealing. But it’s not. It’s mining.

Take a look at a non-kid movie like Rocky. It’s an underdog story about a character who works hard and goes the distance… almost. Can you “rewrite” Rocky as a kid, or a cat, or a dust bunny? Your character doesn’t need to go into the boxing ring. He/she may go against the champ in a pageant or at a lemonade stand or in an epic battle of under-the-bed dominance.

What would Love Actually look like as a picture book? Or Galaxy Quest? Take a look at TV shows like Lost, Quantum Leap, or Sherlock. Can you mine a story from a song? Can Adele’s Hello have a kid-friendly take? I’m currently obsessed with the musical Hamilton. There are dozens of stories to be mined from it. #AndPeggy (which will only make sense to other Ham fanatics).

The hard work for me isn’t in finding a nugget of an idea. It’s writing a short, snappy manuscript that has a kid-relatable problem, room for illustrations, and an emotional core.

Admittedly, the answer to the question “Would that make a good picture book?” is often a resounding no. Try as you will, How to Get Away with Murder will not translate to a children’s book even if you set it on a farm with the cutest piglets ever.  Still, every bad idea gets you closer to a winner. And even though How to Get Away with Murder wouldn’t make a good picture book, it would make a pretty good YA. 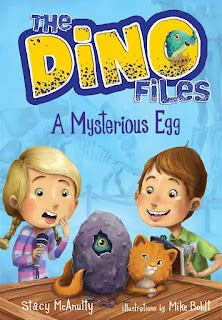 ABOUT: The Dino Files - A Mysterious Egg

Frank’s grandma is a famous paleontologist (that’s a dinosaur scientist). But she’s also an adult who makes up rules. Rules like: no digging for dinosaur bones when you have a sunburn. That means Frank is stuck playing inside with his annoying cousin, Samantha. But then Grandma finds a fossil of an egg! And when Frank and Sam sneak into the dino lab late at night, they find something even more amazing. . . .

The hilarious Dino Files chapter book series follows a nine-year-old dinosaur expert, his paleontologist grandparents, a cat named Saurus, and fossils that might not be so extinct! 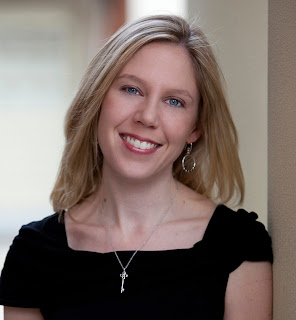 STACY McANULTY does not have a dinosaur. She does have three kids, two dogs, and one husband. She has been on a dinosaur dig in Wyoming, where she found a small fossil. It wasn’t an egg. Stacy grew up in upstate New York but now calls North Carolina home. (She still really wants a dinosaur—preferably a Spinosaurus.) Visit her online at stacymcanulty.com.