The Sad Story of Why I Didn't Participate In MCBD 2018 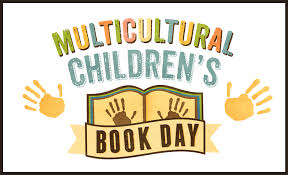 I was supposed to participate in MCBD 2018, but didn't. There, I said it. I feel extremely guilty. Let's face it -- it would have meant a lot of hits to my website to be in the Link-y, but I just couldn't do it. I was assigned a book to read and I read it. Several times in fact. However, I am not a fake person (alas, no poker face here) and cannot publish fake reviews and gush over a book that I really did not enjoy. So I thought, in the interests of everyone working toward publishing and circulating the *best* children's literature we can, that I would discuss the reasons I could not participate this year.

Honestly, who doesn't love a good story that's both new and different? Coming from the concept that there's no new stories only old stories told with new slants, it's refreshing to see stories told from points of view we haven't heard from before. However, when a story -- a picture book story -- begins with several main characters each drawn to  *specific* diverse backgrounds, it starts off feeling considerably heavy-handed.   Just sticking with this point for a moment -- these exact characters coming together (one of each race and religion) feels a bit, well, er...

Secondly, this many characters is quite a lot for a picture book to today's standard which is 300-500 words average, so likely these character are going to play out as nothing more than "one-note."
There's no room at all for each character's narrative arc to develop. Not one character grew or changed either physically or emotionally. Each one was the same at the end of the book as in the beginning.

The best thing about reading a book is going on the journey with the main character -- both physical and emotional, as the main character(s) attempts to solve the story problem and fails several times, each time learning and growing until ultimately achieving that satisfying resolution of succeeding or accepting the consequences. Unfortunately, in this case, the plot was contrived, too.

So for me, characters, even in picture books represent children with struggles and their journeys. They do not represent an entire ethic group in a cookie-cutter character, but a person IN an ethnic group. They represent an individual who grows and changes. And if that individual finds magic (and I do believe there can be magic in stories) it comes from SOMETHING and is not just planted there and it is earned.

So let's keep mining the fields for those diverse stories and sharing them. But let's be honest to kids. They deserve that.