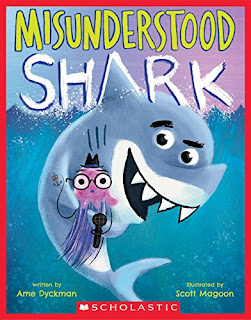 NOTE: When you are done reading, please leave a comment at the bottom of the page if you feel this was helpful to you. I am also glad to hear what topics you would like me to focus on in upcoming blogposts. Thanks!

For today's post, I will go through three books on my reading list (notice the 3 beats) and make notes on what I feel attracted an Agent and/or Editor to these books:

NOTES: I don't think anyone would disagree that this beginning serves to hook the reader. First, the narrator is a newsperson jellyfish, filming live! How cool is that? Next, it's about Sharks! Need I say more. I live in Florida and have two words for everyone: SHARK WEEK! Although the craze has hit the nation, it's HUGE down here. One of the yearly featured scientists even lives down the road from us. But back to shark -- Shark is a wonderful character with a problem that many can identify with. He's misunderstood.  So to recap, we have a popular topic (sharks), an interesting character (misunderstood shark) and a compelling beginning (featuring a shark AND a jellyfish). That, in my opinion wraps it up with THREE HOOKS right away (within the first two spreads). As an added benefit it includes fun facts about SHARKS! As you can tell, I LOVE this book, but more importantly, kids do/will to! 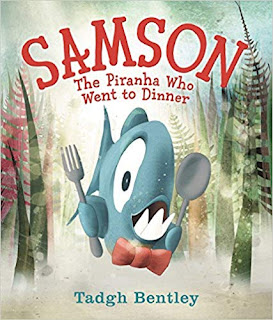 First of all, I assure you -- I am NOT obsessed with sea creatures. The next title is purely coincidental
and just happened to be next on my "To Read" pile. PURELY coincidental.

SAMSON THE PIRANHA WHO WENT TO DINNER by Tadgh Bentley.
Balzer and Bray, Harper Collins, 2017.

BEGINNING: Samson was a rather adventurous fellow.

While other piranhas stayed close to home, he wanted to explore far and wide. And while they stuck to the same old routine, Samson liked to get out and try new things.

NOTES: Right at the starting gate, a piranha is a new and unusual character. Who wouldn't want to follow him into his story, especially one that hinted at an adventure! Lastly, I feel a character who wants to break out from the stereotypic norm is one that readers will definitely be able to identify with. BAM -- three hooks! Again, in two spreads. So as you can see, there is take away value from this exercise. What do the first two books have in common? Both hook the reader right up front (even with the titles alone) and then reinforce the hook with the first two spreads. 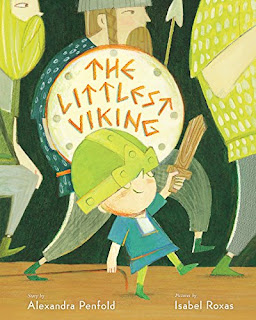 THE LITTLEST VIKING by Alexandra Penfold
Illustrated by Isabel Roxas.
Alfred A. Knopf, 2018.

BEGINNING: Sven was the littlest Viking. But it didn't matter. He had the loudest cry, the fiercest set
of teeth, and if he felt like pillaging...Well, let's say no one was bold enough to stop him.

NOTES: Like the others, this one has a hook in the title. Vikings are definitely interesting and there aren't too many books about them. And being the littlest, well -- many readers will identify with that story problem. So right away, in the title, two possible hooks and then the third, that he is a bold an admirable character that no one was bold enough to stop. It hints at the question -- how far will he go? Readers will want to read on to see. So, there you have it! 1.2.3 Hooks right up front.

When writing, revising and revisioning your manuscripts, take a few moments to consider the hooks. Does your manuscript hook the reader with the title? With the first spread? With the second spread? If not, perhaps some revisioning will bring it where it needs to be to sell in today's market. Good luck to you!

PLEASE follow this blog so you don't miss any tidbit of information and please feel free to leave any comment or question you may have. I will do my bes to answer all! 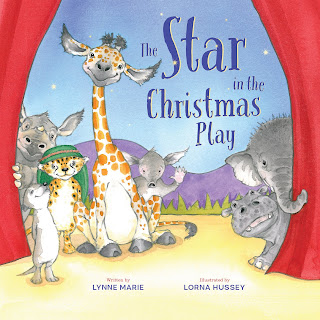