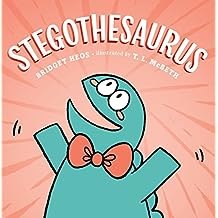 
JACKET FLAP: Once upon a time there were three dinosaurs. A stegosaurus. Another stegosaurus and a stegothesaurus.

He was a little different from his brothers.

SPOILER ALERT: These notes give away the plot of the story.

I used this as a comp title for one of my dinosaur books, and found it to be interesting. Being a structure girl, I enjoyed the structure, but yet at times felt it was perhaps a bit over much. And while I really did like the subversive twist, I didn't feel the level of character change I might have liked to see. Still, I do think that the premise is extremely clever (hmmm...) and a good book and worth reading and rereading, which is the point. 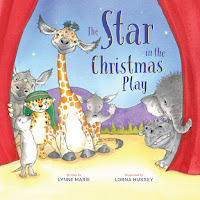 PLEASE follow this blog so you don't miss any tidbit of information and please feel free to leave any comment or question you may have. I will do my best to answer all!