When I was growing up, one of my favorite TV shows was Star Trek. The show safely opened the door to space exploration, but in truth it was about much more than zooming around galaxies at warp speed. It often revealed the workings of human emotions and relationships on many levels.

One of my favorite episodes involved a character named Gem. Gem was a mute who'd been captured by an advanced alien species for study. Through a series of experiments Gem was tested to see how far she would go, at great  risk herself, to help others. It turns out that Gem was an Empath. She would physically absorb the pain and wounds of someone else in order heal them
As long as the wounds weren't fatal, Gem was able to heal herself.

At first it appeared that the aliens were torturing poor Gem. But in fact they were teaching her. It was in her nature to take on the emotional and physical wounds of others. It was what she was
born to do. In order to save her species Gem was required to take a risk. 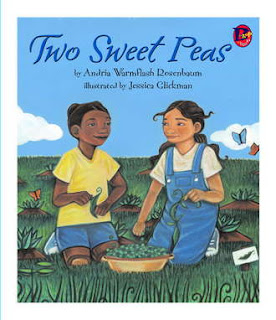 Though it doesn't involve saving anyone, I try to be like Gem when I write. It does required a risk to take on fresh ideas and go where "no man has gone before".  I aim to absorb the story and problems of my characters. I need to know them inside and out. I imagine putting on their clothes, stepping into their shoes, walking and talking exactly as they would.  I picture myself
absorbing all the feelings they're feeling and digest their troubles as my own.

I think the best writing requires a bit of acting, whether your characters are a set of trains that never sleep, or a girl who banishes her younger sister to a place populated by monsters. Feel  your characters' story inside and out. Take the journey they take. Ingest their pain and troubles. Maybe then you'll get to know a few Gems of your own. 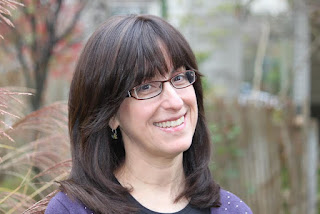 Andria writes picture books and poetry from her home in New Jersey. Some of her forthcoming picture books are TRAINS DON'T SLEEP, Houghton Mifflin Harcourt, 2017 and another picture book tentatively titled MONSTER MIA, Scholastic Press, 2017. She's also the author of: MEG GOLDBERG ON PARADE, Kar-Ben Publishing, A GRANDMA LIKE YOURS/ A GRANDPA LIKE YOURS,- Kar-Ben Publishing and TWO SWEET PEAS, Bebop Books. You can find her on the web at www.andriawarmflashrosenbaum.com and on Twitter @andriawrose.