Putting Your Story in Place by Larry Dane Brimner 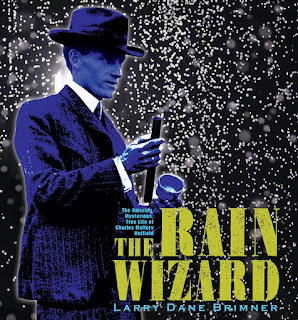 Whether you write nonfiction or fiction, a writer needs to position the subject matter within the context of the time. That context may be contemporary or historical, but even so-called contemporary fiction needs some research. When my talented friend, the late YA novelist Jean Ferris, wrote All That Glitters, she scoured travel pieces about the Florida keys, wrote to Key West’s tourism bureau for information, and looked into Key West’s connection to sunken treasure hunting to give her story a real sense of place, to put her characters in modern-day Key West even though she had not been there. I had been often to the island and was surprised to learn that her first visit wasn’t until after her book was published. What made the book pop out, besides an excellent story, was Jean’s attention to detail—detail discovered through research.
Fiction writers should ask themselves what songs were popular during the time-setting of the story. What chain restaurants abounded? Who were the popular movie stars? Which were the popular movies? You may not use all the information you collect in your story, but it will help you to place your characters in the context of a distinct time and place.
With narrative nonfiction, research is vital. What was the general atmosphere like in a place during the time under study? Who were the key players? What were their attitudes? What else was going on in the world during the time you’re writing about?
When I research an historical nonfiction book, I like to read newspapers of the day. This often necessitates travel, but not always. With down-loadable articles, websites like newslibrary.com, newspapers.com, newspaperarchive.com, and the New York Times archives can help you research from home. I maintain subscriptions to many of them. In Strike! The Farm Workers’ Fight for Their Rights, I had forgotten that the racial riots in Watts (Los Angeles) took place in 1965, just prior to the farm workers strike. Newspapers reminded me of this, and it became an important element of the story I was weaving about the unionization of farm laborers.
I also keep in touch with a circle of archivists who are more than happy to discuss collections, their own as well as those of their fellow-archivists. They’re a small circle. If you know one, you will know them all. Archives and history museums and societies are valuable sources of information. For my fall 2015 book, The Rain Wizard: The Amazing, Mysterious, True Life of Charles Mallory Hatfield, I wanted to know what the weather was like in Fort Scott, Kansas, in July 1875. I contacted the Kansas Historical Society with that question, and the reference librarian there provided me not only with detail about weather conditions at that time, but also mentioned that many of the articles from the Fort Scott Daily Monitor had been digitized and were available online.
I often tell the children I visit in schools that research is a lot like solving a mystery: You know there’s information out there, you just have to figure out where it is and how you’re going to get to it.


Research may be the key to turning a humdrum manuscript into something spectacular. 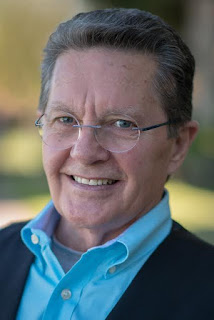 Larry Dane Brimner grew up in Alaska and San Diego. The author of more than 175 titles for young readers, Larry is probably best known for his work in nonfiction, but he does write fiction, especially picture book fiction. Larry’s topics are far-reaching, but mostly focus on social justice issues. His work has received many awards including the Carter G. Woodson Book Award and the Robert F. Sibert Honor Book Award for Black & White: The Confrontation between Reverend Fred L. Shuttlesworth and Eugene “Bull” Connor. His most recent book, The Rain Wizard: The Amazing, Mysterious, True Life of Charles Mallory Hatfield is a true story about a rainmaker in the early 1900s. Merry Christmas, Old Armadillo has been in print for twenty years, while Puppy and Bear: The First Day of School is scheduled for Fall 2017, along with Twelve Days in May, a photo essay about the 1961 Freedom Ride. First and foremost a teacher, Larry taught at high school and university levels in California for twenty years. He makes his home in San Diego and Tucson.