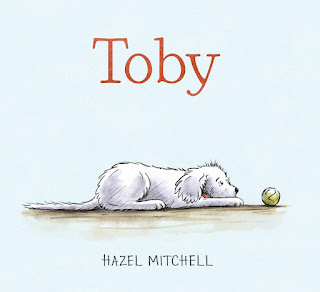 Lynne Marie: I remember with fondness, quite some time ago, meeting you in the front row of the SCBWI Conference at LA. How has the SCBWI played a part in your success? How long was your path to publication?

HM: LASCBWI - that was a while ago! I learn so much at the conferences. SCBWI is a huge part of my journey to publication. I got serious about pursuing a career in children's books in 2010 when I attended by first SCBWI NY Winter Conference and was such a newbie. I’d no idea how to pursue a career in trade books. So I read and listened and learned and sent out postcards on my return from that conference and got my first contract to illustrate a trade non-fiction book in Fall 2010. I haven't stopped working on children's books since and now I’m loving writing and illustrating.

LM: Writers are always interested in finding out how to get an Agent. How did  you meet your Agent, Ginger Knowlton? How long had you been searching for an Agent before you signed with Ginger?

HM: I had heard from a friend that Ginger liked an illustration she’d seen on a joint mailing postcard. It took me 3 years to contact her! Boy I wish I had done it earlier, but it's the fear syndrome, which is silly! (Be bold, people). I’d been looking for an agent since I began illustrating books. I signed with Ginger at Curtis Brown Ltd., in 2014. There were a lot of rejections before then. Who knows why? I’m very happy and honored to be a part of the Curtis Brown stable. (Also Ginger signed me when I sent her the first dummy of Toby ... so it was meant to be!) 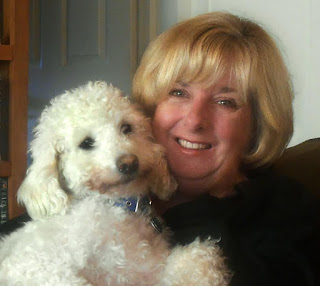 LM: Toby’s story is a heartwarming and sweet. What made this story the story you needed to tell in your author/illustrator debut?

HM:  My whole heart is in this story. I’ve always rescued dogs, but Toby is special. You know when you’re writing a story that just comes out so easily. I’d been chasing trends a lot before I wrote Toby. Don't chase trends!

LM: Toby is somewhat of a celebrity, not only in this book, but in the news. Please share a little bit about Toby’s special circumstances.

HM: Right, Toby is a legend! Toby came to me as a foster dog in 2013, he quickly turned into a foster failure when we adopted him. He had a lot of issues and we knew he’d spend his time being sent back and forth to the shelter. Toby and eight of his family of poodles were rescued from a puppy mill situation in Aroostook County, Maine. They’d been kept in the dark and I don't think Toby had ever been outside, was totally unsocialized and extremely fearful. He became somewhat of a celebrity on social media when he was lost from a place he was staying for the day and many, many people helped us search for him. People all over the world were checking in to see if Toby had been found and it was heartbreaking to think we wouldn't ever see him again. We hired dog trackers and walked miles, but no one had seen him. The book I’d written was all ready being considered by Candlewick Press. If we didn't find him I knew I wouldn't have the heart to do illustrate it. But good karma was with us - Toby was found and, although scared and shaken, in good shape. I couldn't believe our luck  in having him back home!

LM: Toby’s story definitely raises awareness of how dogs, like people, sometimes need time to adjust. How long did it take for Toby to settle in, once you began fostering him? 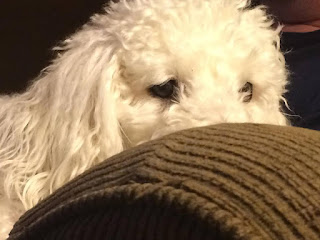 HM: He’s still settling! An abused dog never really recovers totally and we see little improvements every day. Like the boy in the book, we’ve had to have endless patience to win his trust. N he loves to cuddle with us, run around in the garden and is very talkative. We have another rescue poodle, Lucy, who loves people and helps Toby a lot. There is some sibling rivalry for sure!

LM: At what point did you realize that you needed to tell Toby’s story? What was your goal in telling it?

HM: I began to draw Toby as soon as he came to live with us. I was toying around weaving a story around his journey to recovery and talked to Harold Underdown at a retreat about the idea. He said 'Do it!', so I did! I’d thought there were so many picture books about rescue dogs that another would be too many. But it turns out it's all about the story, as it always is. I wanted to show how a dog needs patient and understanding and things might not always be okay. The boy and dad in the story help to create an emotional journey for Toby that children can relate to. I also thing that Toby is 'every child' in the book - there are so many things that children go through in life that equate to the struggles Toby deals with.

HM: There’re lots of incidents … being in the pound, Toby hiding under the table on chairs, not eating treats, not letting us touch him, howling at night and my husband sleeping on the sofa next to him, being scared of the cat. I included his favorite stuffy, his rabbit, in the book. Then when he gets braver, he’s looking for us out of the window, chewing eyeglasses, and collecting shoes! Of course the main fictionalization is the setting, the boy, the dad, the house. I had to shorten the time it has taken Toby to rehab in the book, because it makes it easier for a small child to follow.

LM: What was your favorite part of working on Toby? Which came to your mind first, the concept, the words or the art?

HM:  The art. Because I started to make sketches of him and doodle around with a story before it was even a concept. I loved working on the final art and creating the moodiness and emotional connection in the colors and line. Here is a link to the book trailer for Toby, which highlights some of the art:

LM: Describe your creative process for this book. About how long did it take for you to complete it? How has your process changed since you began your journey?

HM: It took about two years from concept to final publication date. I spent about a year on the dummies and art when the book was with Candlewick Press, working with my editor, Liz Bicknell, and art director, Anne Stott. We did a lot of revisions on the dummy, maybe four or five drafts.  So the concept changed in that way and the story became much simpler. Which is good! I get too complicated! (Which is why we need good editors and art directors).

LM: How many times you did submit Toby before being offered a contract on it?

HM: Once … to my agent who signed me … and once to Liz Bicknell at Candlewick Press who bought it 4 weeks later!

LM: Who, or what has been an inspiration in your career?

HM: I think all the great people I have met on my journey in children's books. Especially Ashley Bryan and Melissa Sweet who both live in Maine. And Eric Rohmann. And Harold Underdown. And Emma Dryden.  In my school days a teacher in high school, David Fulford, who was the first person to really encourage me to look at things. People are everything. (oh and dogs!)

LM: What was your occupation prior to being a picture book author and illustrator?

HM: I have always worked in art and design, mostly as a graphic designer and commercial illustrator. I also spent six years in the Royal Navy, luckily enough working in design!

HM: People talk about the 'European style' and I guess if it is anything it is that. The art tends to be 'artier' and sometimes the concepts are more cerebral. But I think that’s a generalization. There are a lot of commercial books everywhere, and especially in the English speaking countries books jump borders frequently. Mainland Europe has a different style I think. I once went to a conference in Paris where the editors talked about different books and it was said that British books were much cozier. Well, we are a cozy island! But look at the books that are on the Kate Greenaway list every year. They are diverse in every sense of the word.

LM: Name favorite picture books (one from US and one from Britain) that you would want to share with readers.

LM: What projects are currently on your horizon? Which project are you most excited about?

HM: I have a new book out in the fairy series from Down East Books in Maine -  'Do Fairies Bring the Spring?' with author Liza Gardner Walsh in Spring 2017. I am excited about a middle grade mystery set in England I am revising and I want to get back to that!

LM: Where can readers get the latest updates on Toby?

HM: On Twitter @meettoby and on his website page http://hazelmitchell.com/toby (where you can find a teacher's guide, how I wrote Toby resource and lots of activity pages and goodies! 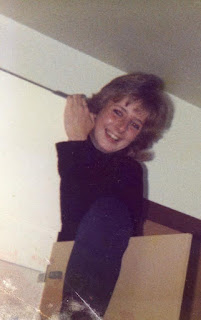 LM: If you were a dog, what breed would you be?

LM: If you were a character in Harry Potter, which one would you be?

HM: Hagrid, because he rescues animals.

LM: If you were a literary character, which one would you be?

LM: Who is your favorite children’s author?

LM: If there is a book you wish you wrote, which one would it be?
HM: His Dark Materials

Thank you, Hazel for this fun visit with you!
Posted by Unknown at 3:00 AM