THE STORY BEHIND THE STORY: Pedro's Pan - A Gold Rush Story by Matthew Lasley - Illustrated by Jacob Souva 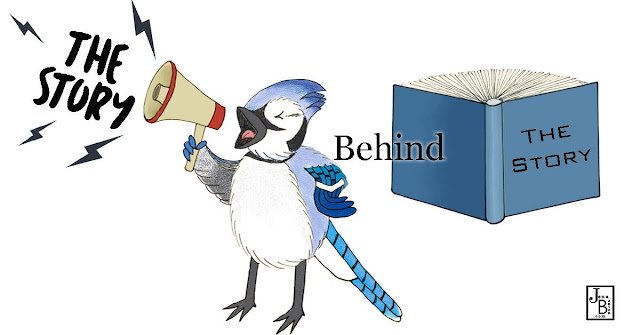 Our Story Behind the Story Banner Courtesy of Jena Benton
https://jenabenton.com/ 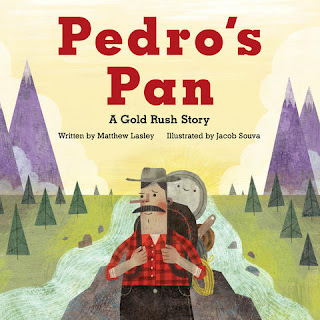 The Journey of Pedro’s Pan


I have long loved telling stories. In 2016, I met my soon to be wife, Jena, and joined her in writing picture books. I had recently restarted writing and made it a life goal to publish a book. And a picture book seemed easy. I mean, after all, less than a thousand words, I could do that in less than an hour.

And it was terrible.

And there were rules. Lots and lots of rules.

My wife patiently guided me along the path and we watched webinars on writing and I read books on writing. We attended writing conferences where I was able to get feedback on my writing and I joined a critique group.

In one webinar, the presenter told the audience to write what they know. Figure out what you are passionate about and only you can write about.

Hmmmmm….I love history. I enjoy searching for gold (and other lost things). 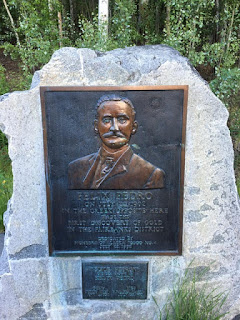 I grew up in rural Alaska and my family were gold miners. Every trip to the big city of Fairbanks (population less than 35,000), we drove past the Felix Pedro monument. He discovered gold near Fairbanks in 1902 and started the last great gold rush in North America.

So, I decided to tell his story. An epic biography. 2000 words later and numerous critique readings, I got it down to 1400+ words and submitted it for a manuscript review.

To paraphrase the reviewer: You’re a newbie aren’t you.

Did I mention there were a lot of rules?

I went back and read some more. I read books that taught the rules for writing and I read other picture books to see how others pulled off the craft.

I got another piece of advice from a webinar: Let your story rest. Do what you can, then put it away for a while and come back to it with fresh eyes.

My story rested for nearly four months. Then I had another opportunity to get my manuscript reviewed by a local author.

I took the advice the previous reviewer had given me and stripped my biography down to the essentials and tried to make it into a story.

But I had a biography, not a story.

I thought back to growing up and gold panning. Mining is hard work and panning is tedious, but I had many funny memories with my dad. I decided to inject some of those into my story.

As I did that, I realized that I was not hearing a person tell the story, but a gold pan. He was innocent. He enjoyed what he did, even if he was a little naïve. And he worried about disappointing his friend. 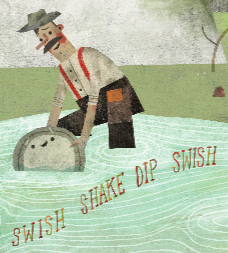 I grabbed onto that voice and let him tell his story. It was raw and it was rough, but I now had a story.
Over the next month I reworked it and had it critiqued. They didn’t recognize the story. They liked a lot of things and made many suggestions to improve and change it.

With a submission deadline for this review approaching, I did what I could and submitted it.

The review was at a writer’s retreat which was small and intimate. We met around a wood burning stove in a yurt and shared our stories.

And the reviewer loved it (with a few minor suggestions)! 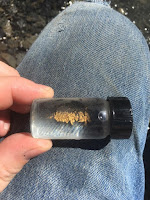 And she told me to contact Graphic Arts Books (now West Margin Press) because they had a renewed imprint that was looking for regional picture books like mine.

And the rest is history.

My book was under contract a few months later and will be released on February 19th, 2019. Pedro’s Pan has already received some good reviews and I look forward to seeing my life goal achieved.

I learned two things on my journey. Number one: Practice and learn. Learn from others. Take advice. Take criticism. Put it into practice. 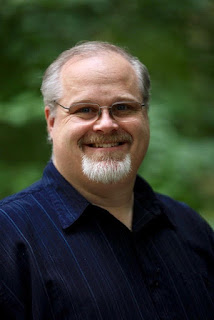 You will be successful. Maybe in ways you never imagined.


FEEL FREE TO CHECK OUT OUT OUR OTHER GUESTS Here:
https://literallylynnemarie.blogspot.com/2019/02/master-list-2019-story-behind-story.html
Posted by Lynne Marie at 4:00 AM