THE STORY BEHIND THE STORY of The Polio Pioneer

THE POLIO PIONEER: DR. JONAS SALK AND THE POLIO VACCINE 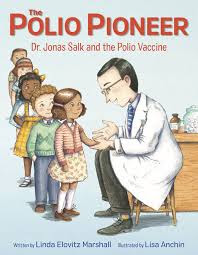 In 2012 – thanks to an SCBWI program – I became aware that by writing non-fiction for children, I could combine many of my interests: research (which I adore), travel (another love), and writing (which, for me, is like breathing).

Immediately, I made a list of things to write about. My list grew (and continues growing…I add to it almost daily).

Jonas Salk, M.D., one of my earliest heroes, headed the list.

I was four or five years old, growing up in Boston, when polio ravaged our community. I heard news reports, overheard adults talking, learned about kids in my neighborhood who had polio. It was scary. We couldn’t go to the movies, go swimming, or play with friends for fear of catching the dread disease. 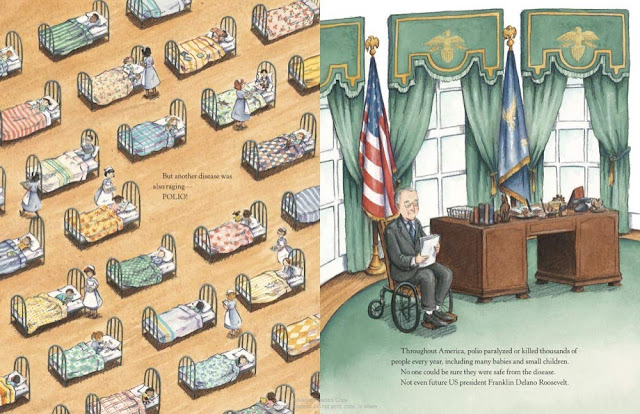 It seemed there was less polio where my grandparents lived. We stayed with them for a while. But, eventually, there was polio everywhere. No one was safe. No place was safe. We returned home. And hoped for the best.

Then came the polio vaccine, developed by Dr. Jonas Salk and his team. 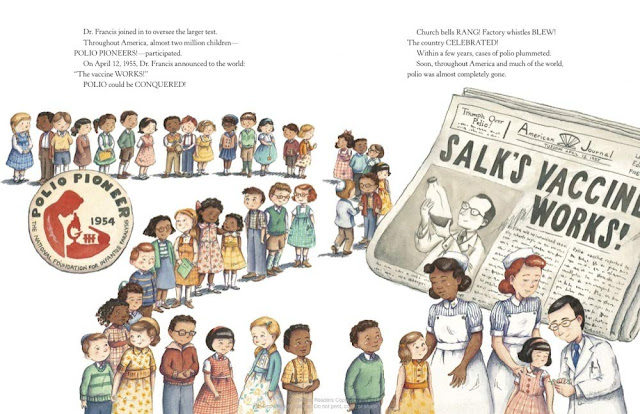 We got our shots! Slowly but surely, the epidemic ended. It was a story of hope, a story of hard work, of diligence, of science triumphing over disease. It was a story I had to share. I was there. I remembered. I also realized that, soon, few would be around who – personally – remembered the disease.

I began researching what became The Polio Pioneer: Dr. Jonas Salk and the Polio Vaccine in 2016, with a trip to the Salk Institute. I contacted Dr. Jonas Salk’s son, Dr. Peter Salk, who was wonderfully helpful to me in my research. Then I read and read and read. I watched video clips of Dr. Jonas Salk. I immersed myself in all-things-Salk and all-things-polio. And when, at last, I felt I had a good understanding of both Dr. Salk and the polio virus, I began writing.

My agent, Christa Heschke of McIntosh & Otis, placed my manuscript with an amazing editor – Karen Greenberg at Knopf Books for Young Children, a division of Penguin Random House. Karen guided me, asking questions, helping me work out details, and choosing a wonderful illustrator – Lisa Anchin.

Together, we’ve created a very important book – one that is ever-so-timely.

I hope everyone will read The Polio Pioneer: Dr. Jonas Salk and the Polio Vaccine. It’s the story of hope, of a medical triumph. It’s also the story of a child of immigrants – and the good he brought America and the world.

“Hope lies in dreams, in imagination, and in the courage of those who dare to make dreams into reality.” – Dr. Jonas Salk. 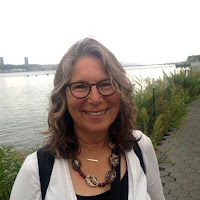 Linda Elovitz Marshall grew up near Boston, graduated from Barnard College, and raised four children and a flock of sheep on a farm in the Hudson River Valley. The author of several picture books, Linda still lives on the farm with her husband, Bob. To learn more, visit LindaMarshall.com.
Posted by Lynne Marie at 3:26 AM