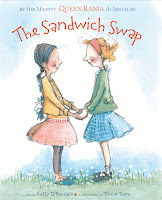 I recently discovered Kelly DiPucchio's books during a run of reading books about pigs (Bed Hogs). I just adored those pigs, and returned to check out more of her books. Next, I met the delightful "Mrs. McBloom," the admirable "Grace" and the traveling "Liberty." I went out to buy my own Grace so that she could live with us! I'm working on getting Mrs. McBloom to come stay, too. I can't wait to discover more of the characters between the covers of Kelly DiPucchio's picture books. I'm  very excited to have her here to share her insight with you today.
Writing Advice from Kelly DiPucchio/There’s No Place Like Om
My advice is to writers is simply this: Do Nothing!  More importantly, think nothing.  I realize that telling a writer not to think is kind of like telling a fish not to swim.  We are wired to think and create.  But what if there were a way to boost your thinking and creativity to a whole new level just by doing nothing? I’m talking about meditation.  In some conservative circles of society, admitting that you practice meditation is kind of like admitting that you have a crystal ball and you practice levitation. At some point in our history, meditation became associated with the “New Age” movement. But there is nothing new about mediation.  It has been practiced for thousands of years and with good reason. It works.
Most writers don’t have any trouble bringing their attention inward. In fact, we’re pretty much stuck in our heads all the time.  And that’s the problem. For most of us, our chatty minds just won’t shut up.  In addition to our real world mind chatter, we’re also bombarded by the chatter that comes from our make-believe worlds. We’re constantly plotting and planning while loud, impatient characters compete for our attention.  It can be very hard to cultivate creativity when your mind is so cluttered and noisy.
Meditation quiets the monkey mind.  Have you ever stopped to listen to silence? As strange as that sounds, silence has a frequency. When we can attune ourselves to that frequency; when we can leave our expectations, our anxieties, and our egos aside, we create a gap in our consciousness. This gap allows us to become aligned with the creative forces of the universe and we literally become a channel through which information can flow. When this exchange of energy occurs, some really interesting things begin to happen:  Inspiration.  Clarity. Wonderment. Unexpected opportunities.  It’s pretty amazing.  If you don’t believe me, give it a try. Namaste!
BIO:
Kelly DiPucchio is the award-winning author of several picture books, including New York Times bestseller, Grace For President.  Her most recent children’s book, The Sandwich Swap, was co-authored with Her Majesty Queen Rania Al Abdullah, and was featured on The Oprah Show and Good Morning America.  Kelly lives with her family in southeastern Michigan. You can visit her on the web at:  www.kellydipucchio.com 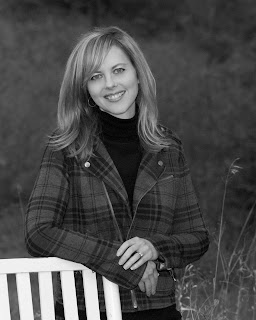