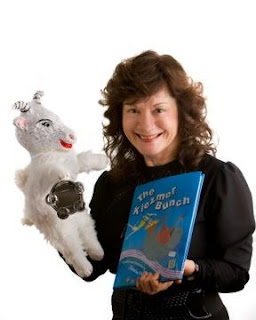 For many years, I worked as a store’s window display designer. I created fanciful displays for prestigious New York City’s stores such as Tiffany, Fortunoff, Bloomingdales, Macy’s and many others.

As I suspended my props inside the store’s window,I was always thrilled to see kids gazing at the window from the sidewalk with their nose stuck to the glass.

Watching them, I realized I could open a window into a child’s fantasy by writing for them. That’s when I decided to be a children’s book author and illustrator. The question was, what shall I write about?

To find inspiration, I spent a lot of time opening the window to my own childhood. Maybe there was a story there that I could dig up and turn into a book?
I grew up in Jerusalem, Israel in a small neighborhood that consisted mostly of Eastern -European Jews who escaped or survived Nazi persecution. It was a complex place but also, a magical, almost surrealistic heaven. The neighborhood had its own roster of “crazies.” People who lost their families, their belongings and their sanity. They didn’t scare me. As a matter of fact, I was fascinated by them.

There was a lady who believed that she was the wife of Kind Solomon and a little man who created his own band. He never spoke but announced his visits marching around and drumming.

An elderly couple strolled the neighborhood with an old, huge baby carriage. The kids in the neighborhood named them Roysaleh and Fayfaleh.   I was always curious about them because, obviously, they didn’t have a baby. The carriage was simply a way to schlep their belongings.

That childhood memory was the inspiration for my story, The Klezmer Bunch. In my book, four traveling musicians (two of which are named Roysaleh and Fayfaleh) schlep their musical instruments in a baby carriage on their way to play at a wedding in a faraway village. But when the mischievous carriage takes off by itself, it’s a sweet klezmer song that saves the day. I still remembered what that baby carriage looked like so it was very easy to illustrate it.
My book, Purim Goodies was inspired by a Sholom Aleichem tale that I read in second grade. When two young maids are sent to deliver Purim goodies to prominent families, the tempting aroma of the freshly baked goods is just too hard to resist. Nibbling and munching, they end up delivering half empty trays. That causes a serious fight between the two families. A wise rabbi teaches the families a lesson in sharing and compassion and the two maids redeem themselves by baking hamantaschen for all the poor folks in town.

Growing up, Purim was my favorite holiday so writing the story was a wonderful way of connecting with my childhood. I also incorporated a lot of imagery in the illustrations that I uncovered from photographs I found in old family albums.

So, next time you get stuck, open the door to your own childhood and let the muse fly in through the open window. 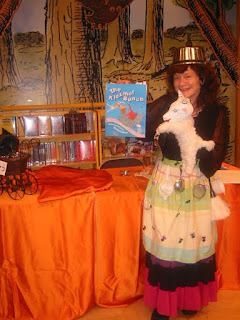 Amalia is the writer and illustrator of The Klezmer Bunch and Purim Goodies.  Both books were recommended as notable books by the Association of Jewish Libraries. The Klezmer Bunch was featured in a play, Jewish Books Cooking by the celebrated choreographer and producer, Elizabeth Swados.

Her story, Queen Esther and I is published in the March 2016 issue of Highlights for Children.

Amalia received the SCBWI 2005 award for illustration in the category of Fantasy. Her portfolio was selected as the winning portfolio in the 2014 21st Century Non Fiction Conference. 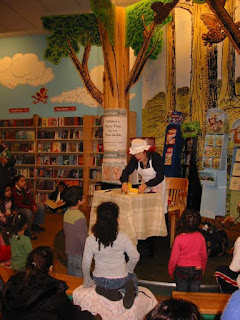 She tells her stories with the aids of props, puppets, costumes and music.

She was the finalist in SCBWI storytelling competition. She travels on author tours and appeared in Barnes & Noble, Books of Wonder, and Bank Street Bookstore among others.

Amalia is a participating artist at ArtsWestchester, a cultural organization that pairs artists and writers with schools.

Amalia holds a Masters degree in art and art education from New York University and a Bachelor of Fine Arts,with honor from Pratt Institute.