JOYCE SWEENEY, AUTHOR, MENTOR and LAST, BUT NOT LEAST -- KEEPER OF THE MAGIC BEANS 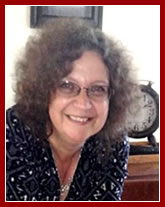 Today, I have the pleasure of interviewing my South Florida Mentor, Author Joyce Sweeney! Joyce is the author of over 14 books. In addition, she is a SCBWI Florida sweetheart who has mentored over 56 of us in some form or another, whether through her online classes, conference critiques, workshops, lectures or her former writing critique groups. And she has the unique distinction of being the Keeper of the Magic Beans!

I am proud to have the honor of being the recipient of her 56th bean. Since I came to Joyce from New York, already published, the goal she set for me was to get a second book published. After several revisions with feedback from Joyce and our Wednesday critique group, Hedgehog’s 100th Day of School, will be published by Scholastic in January, 2017. I will always be thankful for the part she played in the success of this book.

Although Joyce no longer holds the critique group option, there are many ways to find a place under Joyce’s warm and wonderful wings and have your goals take flight. See www.sweeneywritingcoach.com

LYNNE MARIE: Please share the history of the “Magic Bean” and its ceremony.

JOYCE: The history of the beans is that I had decided, in 1995, that the five-week workshops I'd been teaching weren't giving writers the ongoing support they needed.  So I decided to do a search for fifteen super talented writers and create an ongoing workshop that met every Thursday in downtown Fort Lauderdale.

LYNNE MARIE: Please tell us about some of the original members.

JOYCE: Gloria Rothstein, Dorian Cirrone, Alex Flinn and Sherri Winston were some of those early members. So to say the least, we started off strong.  But at that time, all those luminaries were just aspiring, unpublished writers.  That’s what I find most exciting about what I do.

LYNNE MARIE: How long before someone got published, and who was the lucky one?

JOYCE:  Well, the first year we were in operation, someone got published!  It was Noreen Wald who now writes mysteries under the name Nora Charles.  By the second year there were seven people in the group with publishing contracts (including Gloria Rothstein, Dorian Cirrone, Alex Flinn and Sherri Winston)!

LYNNE MARIE: So how did the Magic Bean Ceremony come into play?

JOYCE: We decided we needed some kind of token, or ceremony, or something to mark this achievement.  One of the group members had recently been to Costa Rica and brought back some beautiful Guanacaste seeds, which she planned to use in an art project.  But we decided they would be the perfect tribute.  So we had a giant, mass ceremony to catch up to all seven people.

LYNNE MARIE:  I know you are goal-oriented as you had me set a goal when I met you. What was your goal with regard to the Magic Beans?

JOYCE: My first goal was to get twenty people published in my lifetime, but we passed the twenty mark and just had to go back to Costa Rica and get more seeds!  Right now I'm thinking 100 would be a nice lifetime goal for me.  To earn a magic bean you must have worked with me and then obtain a traditional publishing contract. 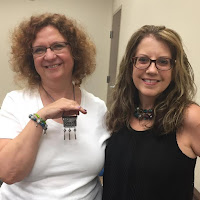 LYNNE:  Since I am the proud recipient of Bean #56, I know there is a very special twist during the ceremony. Explain how that came to be.

JOYCE: I like the idea that when you succeed, you should pay it forward in some way.  So we have the Magic Bean recipient choose someone to shake a special rattle at the ceremony.  They choose a deserving person they think should get some of their lucky mojo.  It’s kind of like throwing the bridal bouquet.

LYNNE:  During my Magic Bean Ceremony, I passed the baton to Mindy Weiss. We had been in The Prose Shoppe together (and still are), and was my first friendly face and writing friend when I moved from New York. PLUS she actually introduced me to YOU! Did you and Mindy choose a goal for her to focus on?

JOYCE: Mindy’s goal is to traditionally publish a children’s book.  She is an amazing writer and I know she will get there.

LYNNE: I just heard that there is a Magic Bean #57 waiting to be awarded. Please share the details!

JOYCE: This one was a surprise.  I had worked with Monica Ropal years ago and we lost touch.  Just this year, Alex Flinn tipped me off that she’d been published so I reached out to her on her birthday on Facebook.  Monica, being a long-distance student, didn’t know anything about magic beans so she was very happy to find out she was getting one!  Even though Monica’s bean has to be mailed, it’s still a thrill for me to see one more deserving writer cross that bridge and make their dream come true!

INTERVIEWER NOTE: If you are one of Joyce's 57, please feel free to post in the comments with a link to your website and the name of the book that earned your bean. We would love to hear about YOU! Also if you are interested in being featured here, either by writing a guest blog post or having your book reviewed, please drop me a line.