THE STORY BEHIND THE STORY: The Hawk of the Castle

The Story Behind the Story of: 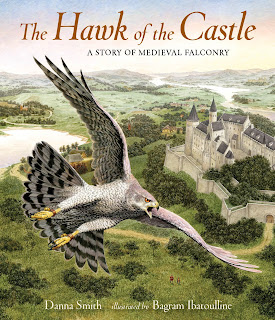 The Hawk of the Castle - A Story of Medieval Falconry

Pop Quiz! Which of the following is true of my childhood?

2.      Hawks often perched next to me on a kitchen chair while I ate my snack.

3.      One snowy night, I diapered a motherless baby deer and sneaked her into my warm bed.

If you guessed "all of the above," you are correct! My father was a falconer who also raised, bred, and rehabilitated animals. It was not uncommon to have bobcats, monkeys, alligators, or vultures at my home. When I was a child, spending time with my father meant spending time with a menagerie of creatures. He never sat down in front of the television at night without perching a hawk on his fist. I learned early on that this one of the ways a falconer tames his hawks. It was an unconventional childhood, but it felt normal to me. I didn't know it back then, but as I went hawking with my dad and helped him care for the animals, I was gathering a nest of ideas for the writer I would become.

The Hawk of the Castle is based on my father and the time we spent hawking. I chose to set the Story in medieval times because I am fascinated by falconry history, which dates back to China and the Middle East more than 3000 years ago. Plus, castles are pretty cool! I learned a lot about the art and sport of falconry firsthand, so most of my research was on the book's medieval aspect.

When I sold the manuscript to Candlewick Press and illustrator Bagram Ibatolline was hired to bring my text to life with his beautiful artwork, I was ecstatic!

Around that time, my father was diagnosed with dementia. I feared he would not be here with me to enjoy publication day. His long-term memory was still in tack for much of that year, so it was great to ask him hawking questions, share parts of the book, and listen to his falconry stories of long ago.

A year later, upon receiving a copy of the book, my dad had slipped deeper into dementia. I read it to him, and as I turned the pages, I watched his face for clues of understanding. He had become a man of few words, but as he looked at the pictures, tears filled his eyes. I knew then that the dad I grew up with was there somewhere, and I like to think he is proud of our Story.

The Hawk of the Castle is told in rhyme with nonfiction insets and extensive back-matter. Young readers get a sense of what it is like to "fly" a raptor while learning about the equipment and falconry skills.

I hope the book will bring you as much joy reading it as it did for me to write it. 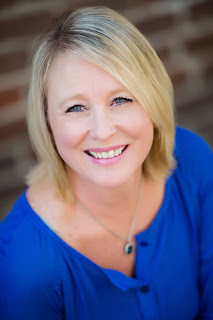 Danna Smith is a poet and an award-winning author of seventeen books for children, including Balloon Trees, Swallow the Leader, Mother Goose’s Pajama Party, and four Little Golden Books. Her nonfiction picture book, The Hawk of the Castle: A Story of Medieval Falconry, received two starred reviews, is a Junior Library Guild Selection, a Bank Street College of Education Best Children’s Books of the Year list, and more. Danna is currently living in northern California, where she is hard at work on her next book. For more information about her books, upcoming releases, and teaching activities, visit her website at www.dannasmithbooks.com.

Buy The Hawk of the Castle HERE.
Posted by Lynne Marie at 7:24 AM