Cover Reveal and Under the Cover with Rebecca Colby, Author of Motor Goose Rhymes that Go! 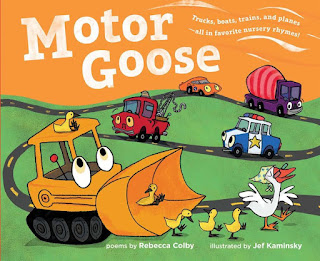 I am excited to offer a *sneak peek* cover reveal of Rebecca Colby’s Motor Goose! Read on to find out more about this fun author and her new book!

Thank you for having me on My Word Playground today! I’m thrilled to be here and to reveal the cover of my forthcoming book with illustrator, Jef Kaminsky.

LYNNE MARIE: What was your occupation prior to becoming a picture book writer? 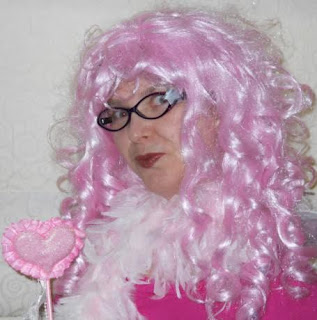 REBECCA COLBY: Ha! Which one? I’ve had a varied career life. I always wanted to be a published writer but I took a circuitous route to get here. Some of my past occupations included: panty hose inspector, international tour director, English teacher in Taiwan, and librarian. I even worked briefly for the Russian comedian, Yakov Smirnoff.

LM: When did you decide to pursue picture book writing, and why?

RC:  I’d never considered writing a picture book until my first child was born. I had plans to write the great American novel instead. But once I started reading picture books every night to my daughter, I thought, “These are a piece of cake. I’ll write a few of these and get published in no time.” I was badly mistaken but I was so hooked on picture books that I kept writing them until I eventually did sell my first book a full 7 years later.

LM: How long was your journey from start to first book?

RC: Oops! I just answered that in the previous question. I started writing pictures books in 2006 but didn’t acquire an agent or sell any books until 2013.

LM: Who/what has been most influential on your journey?

RC:  My two daughters! If it wasn’t for them, it’s unlikely I’d ever have started writing picture books. But if it’s other writers you’re referring to, I’d have to say Dr. Seuss’, and a Dr. Seuss treasury is one of the first books I bought for my eldest.

LM: Do you have a critique group? How long has it been together?

RC: Doesn’t everyone? My stories wouldn’t be any good without mine. Myself and two other picture book writers formed our on-line critique group, Picturebookies, in early 2011. Six years on and we’re still going strong. We now have seven members split across the US and UK. 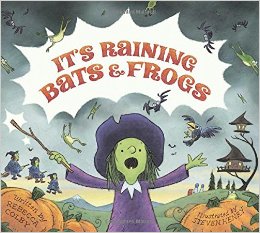 LM: What inspired the title and story of your previous book, It’s Raining Bats and Frogs – such a fun concept!
RC:  Thanks, Lynne Marie!  The book was inspired by my favorite weather—rain. I knew I wanted to write a book about a witch and I went for a walk in the rain to mediate on my character and come up with an idea. The more I walked, the harder it rained. Soon it was pouring that heavy kind of rain when people say, “it’s raining cats and dog.”  In an instant, I had my title—a play on this phrase. As my idea began to form, I thought of another saying, “it’s raining on my parade.” That’s when I decided to write about a witch parade that was being rained on and making the witches miserable.

LM: Which came first, the concept or the title?

RC:  Title, then concept. I often come up with what I feel is a catchy title first and then develop an idea around it.

LM: How many times did you revise this manuscript before selling to Macmillan/Feiwel and Friends?

RC: This book had one revision before it sold. After showing it to my critique group, I changed the ending to make it stronger.

LM: Did you sell this book on your own or did you have an Agent at the time?

RC: My agent sold this book within a week of my signing with her. Nothing for years and then an agent and a book sale all in one week. It felt like I’d won the lottery!

LM: How did you come about getting your Agent, Kathleen Rushall, of Andrea Brown Literary Agency?

RC: One of my awesome critique partners saw a tweet Kathleen had posted soliciting picture books with witches. She knew I had two in my portfolio, so she encouraged me to submit them to Kathleen. Twenty-four hours and a couple of emails later, she offered me representation. Again, it felt really strange. I’d received more than 140 rejections over the years and then overnight I had an agent.

LM: You were born in New Hampshire, USA and ended up in the UK. How did you get there from here?

RC:  Oh, gosh! How much time have we got? Traveling has always been one of my big loves so when I graduated from college, I applied for a BUNAC student work permit and moved to London where I fell into a job with a tour operator. After returning to the States, I continued working for tour operators in New England, eventually going out on the road as a tour director. While I traveled all over the world for my job, my main tour destination was the British Isles. Following a brief stint in Taiwan teaching English, I moved back to England and I’ve been here ever since.

LM: Please share the story behind There Was a Wee Lassie Who Swallowed a Midgie, with Floris Books, a UK Publisher.

LM: Please share a link to the You Tube Trailer for those who can’t get it here:

RC: Floris has created a fabulous trailer for the book, which is illustrated by Kate McLelland. Here’s the link: https://www.youtube.com/watch?v=FaBMkLrG8Co

LM: I would love to hear how you came up with the title and concept for Motor Goose. Such a fun, brilliant idea, with such boy appeal!

RC: Much like The Old Lady who Swallowed a Fly, I’d always wanted to write my own version of it. I came up with dozens of ideas, but ultimately chose Motor Goose as I knew the topic of transportation was taught in early years’ education and I liked the idea of a tie-in with the curriculum.

RC: Motor Goose comes out in mid-July of this year.

LM: How many times did your Agent submit Motor Goose before you were offered a contract?

RC:  Just once. We submitted it to my editor at Feiwel & Friends and she loved it, thank goodness!

LM: Did you read/enjoy Nursery Rhymes while growing up, or was this a new avenue of literary exploration?

RC: In first grade I won a “Most Improved” award and the prize was a book of poetry. It was one of the few books I owned so I read it over and over. It soon instilled in me a love of rhythm and rhyme.

LM: What is your favorite Nursery Rhyme, and why?

RC: Star Light, Star Bright is my all-time favorite. Instead of counting sheep at night, I would look out the window from the top of my bunk bed and count the stars. But before I started counting, I would wish on the first star I saw and recite this rhyme.

LM: What is your favorite form of transportation, and why?

RC:  It would have to be a snowmobile. There’s nothing like the thrill of racing through the woods on snowy trails, and it’s a vehicle that requires a fair amount of physical exertion to ride so I can get a good workout in the process. Having said that, we don’t get much snow in England so I haven’t had the opportunity to drive a snowmobile in years. Alas!

LM: What is your current picture book FAVORITE in USA? In Britain?

RC: I’ve been a huge fan of Tammi Sauer’s and Scott Magoon’s Mostly Monsterly since it came out in 2010. It’s my go-to book when teaching others how to write picture books.

Here in Britain, my favorite is Debi Gliori’s No Matter What. I don’t read it very often anymore as it inevitably tugs at my heartstrings and makes me teary-eyed, but it’s long been a British favorite.

LM: What are you working on now?

RC: Oh, no you don’t! It’s a secret. I can’t tell you except to say that I’m working on both picture books and screenplays at the moment.

LM: Any books slated to come out in the next three years?

RC:  There you go again asking questions I’m not at liberty to answer. I can’t say boo about them until they’re officially announced in the Publishers’ Marketplace. Sorry!

LM: If you were a literary character, which one would you be?

RC:  Probably the Good Little, Bad Little Girl. Because when I’m good, I’m very, very good, but when I’m bad, I’m horrid. But mostly, I try to be good.

LM: Do you have any plans to offer a picture book mentorship next year?

RC:  Yes, all being well, I’ll offer another free picture book mentorship later this year. Towards the end of 2016, I decided to give away a free six-month picture book mentorship as a way of giving back to the kidlit community who has given me so much. As we’re only two months into the mentorship, and I have another paid mentorship running alongside of it, it will probably be autumn before I offer the next free one. In the meantime, however, I’m offering lots of other freebies on my blog, like critiques, books and even a smart watch.

Thank you so very much for sharing your journey, Rebecca!

Thank you, Lynne Marie! I’ve enjoyed being on your blog today. I hope my experiences inspire others to persevere through the rejections and not give up. 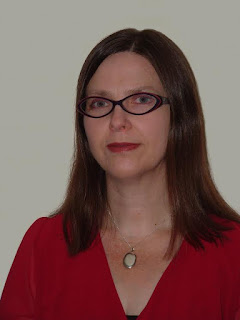 Readers, Rebecca is kindly giving a picture book critique away to one lucky winner who comments. Please share this post on Facebook or Twitter, include your e-mail address AND tell us where you shared. A winner will be chosen within thirty (30) days of this post, so please share and get your comments in.

On the birthday week of this book, I will also share a book review, and Rebecca will offer a copy of the book to one lucky commenter, so be certain to check back in July!