The Story Behind the Story of Don't Call Me Fuzzybutt!

The Story Behind the Story: Don’t Call Me Fuzzybutt! by Robin Newman and illustrated by Susan Batori (Sleeping Bear Press) 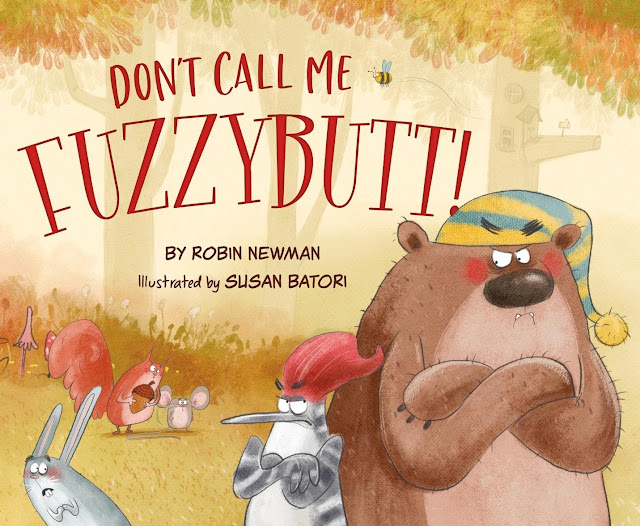 In Don’t Call Me Fuzzybutt!, Bear isn't the only one who turns grizzly and says some not-so-nice-words that shouldn't be repeated when Woodpecker's carpentry work keeps him from getting his 243½ days of much needed sleep. Can they patch it up–literally–before Bear loses too much sleep?

Don’t Call Me Fuzzybutt! was inspired by my son’s use of bad words. Around the time when he was in third grade, he went through a terrible phase where he used to think it was super cool to say bad words. After all, these were words he wasn’t allowed to say that older kids and adults did say. And he’d hear these words everywhere—in the lunchroom, at recess, and on the walk home from school. And once you’ve learned a new word (even a bad word), he was more than eager to give his new-found word a test drive to the delight of his proud parents.

My first drafts of Don’t Call Me Fuzzybutt! focused on using bad words. In fact, the book was originally titled, Bear Said a Bad Word. But as the book evolved in the yearlong revision process, it became clear that the story wasn’t just about saying a word that should never ever be repeated. It was about calling others names and the hurt feelings that ensued.

I hope that children reading the book will realize that their words are powerful. Words can be uplifting and supportive, but at the same time they can be extremely hurtful. One needs to understand that the words we use will impact others and therefore, they must be used and chosen with care.

Moreover, I hope children will take note of Bear and Woodpecker’s ability to listen, forgive, and work toward a resolution that serves of both of their interests. 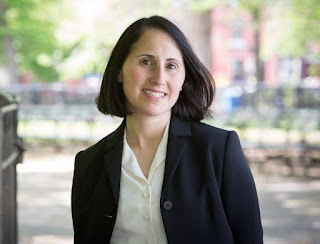 Raised in New York and Paris, Robin is a graduate of Bryn Mawr College and the City University of New York School of Law. She was a practicing attorney and legal editor, but she now prefers to write about witches, mice, pigs, bears, and peacocks. She's a member of the Society of Children's Book Writers and Illustrators, National Writing Project's Writers Council, the Bank Street Writers Lab, and PEN America, CYAB. She lives in New York with a motley crew of fuzzybutts that include her husband, son, and three spoiled dogs. She is represented by Liza Fleissig at the Liza Royce Agency.