The Story Behind the Story of Laila by Shirin Shamsi 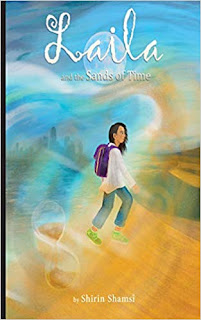 When my children were young, I made up stories for them. I illustrated and laminated them, and we would read them together. It meant a lot to me, as I felt they saw themselves represented in my stories. One day my eldest daughter asked if I would write a chapter book for her.

That is when the idea for LAILA AND THE SANDS OF TIME first came to me. It was of course a completely different story from the published book. In the original story, Laila was a happy and contented child, and both her parents were alive.

The problem was, there was no problem for Laila and no story arc. But I loved the character of Laila. It was like she became my fourth child and every so often I would return to the story and write a little. Years passed. Each time I worked on Laila; the story took a different direction. I was not fully focused on the story, but always knew I would return to it. For being a writer was a dream I had and never lost sight of.

Years passed. My children grew up. When my youngest went off to college, I decided it was time to get serious about writing. I joined SCBWI and began attending events and learning more about the craft of writing – discovering how clueless I had been!

When I immersed myself in Laila’s world, a strange thing happened. I began having these ideas for where the story was heading. It was almost as if Laila was leading the story and I was listening. There were even some conversations that just came to me in the middle of the night. At times I woke up with a whole scene in my head and would run to grab a pen and paper.

I can’t say that inspiration happened all the time, but when it happened it was the most exhilarating experience. I felt in awe. It was also humbling. almost like I were the vessel delivering the story. I listened and wrote.

When LAILA AND THE SANDS OF TIME was completed, I wept. It really felt like a piece of me was in that story.

When Callie Metler of Clear Fork Publishing requested the full manuscript, it was a dream come true for me – it had taken years of persistence, patience and perseverance, but it was time to share LAILA AND THE SANDS OF TIME with the world.

I am continually blown away when people tell me how moved they are upon reading my book. It is something I could never grow accustomed too.

I’m thrilled that I have two picture books in the works with Clear Fork Publishing. I am also working on another Middle Grade novel and a series of Chapter Books. I feel so blessed and honored to be writing for the most important people in the world – children! I hope that my books may resonate with readers. I hope they inspire empathy and expand the vision of their world. 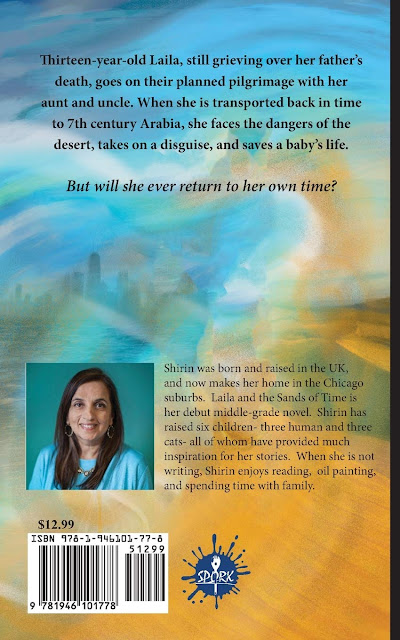 Get your hardcover or paperback edition copy of Laila and the Sands of Time HERE.
Posted by Lynne Marie at 3:24 AM