The Story Behind the Story of The Star Festival by M. R. Hadley 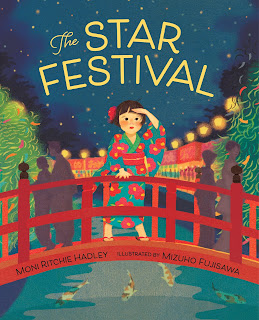 Have you ever thought about living with your parents again?

This was a conversation topic I had with a friend some time ago before moving my mom in with me. She had been living in Montana, alone after my father’s passing, and after a few years, it became apparent that living alone was not an ideal situation anymore. Among other reasons, her meds were starting to look like opened bags of scattered skittles on her kitchen countertop, with no semblance of order.

Right before I left for my Hawaiian Honeymoon, my siblings and I decided that Mom would move in with me into a converted downstairs living area in my house. Yes, I do have a nice husband! I took a leave of absence from my then teaching position. I learned the ropes of caring for an older adult, including monitoring and understanding meds, taking her to numerous doctor appointments, reminding her not to forget to bring certain items when we left the house, and cooking meals.

Here’s the part that relates to my picture book.

Are you saying to yourself, “This sounds like my toddler and me!” Well, I thought the same thing. So, I cranked out a young picture book called Baby Understands. I have to admit, I was pretty in love with that first draft. After months of trying to perfect that manuscript, I finally tackled the story’s main problem, making it less of a mom’s story and shifting the perspective to the kid’s point of view.

At that time, I enrolled in the Children’s Book Academy’s The Craft & Business of Writing Picture Books. I had intended to work on another manuscript but was having trouble with the assignments—characters and characters driving the plot. I pulled out this manuscript toward the end of the course and brought it to a scheduled critique session with an editor.

In the story, a young girl and her mother lose Oba, the girl’s grandmother, at a general-sort-of festival. The editor inquired about which festival, to which I had no answer. That began my dig into the thousands of festivals that take place in Japan every year. Memories as a child attending these festivals started to return to me as I researched. The Tanabata Matsuri, the Star Festival, stood out because of the colorful decorations, ornaments, and fireworks. 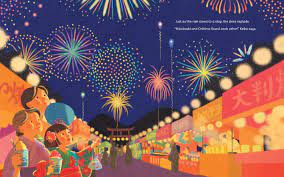 As I read about the history and origins, my fascination with the festival grew. The story of two star-crossed lovers unable to meet but once a year grabbed me. The separation of the two stars served as a perfect metaphor for Oba separated from her family. Once I changed the setting, I knew I was on to a better manuscript.

In class, my pitch for the revision caught the attention of an editor, Christina Pulles, at Albert Whitman & Company. She acquired the manuscript after a few months offering me my first picture book contract.

When I think back to the moment when I moved my mom downstairs, I realize that this particular story would never have existed had she not come to live with me. Thanks, Mom! 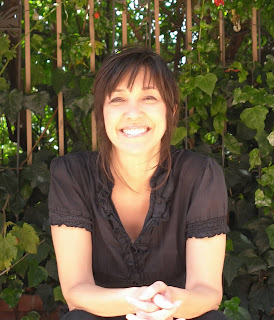 Moni Ritchie Hadley, a half-Japanese military brat, bounced back and forth from the USA to Japan. Daydreaming was a favorite pastime. She received a BA in Psychology at UCLA and later became a home/hospital teacher for the LAUSD, where she taught students with medical needs. Today she lives in Los Angeles, where she turns her sky-gazing daydreams into stories for children. Also published in Highlights Magazine, THE STAR FESTIVAL is her picture book debut. Get your copy of this book HERE.

Moni is giving away a signed copy of her debut picture book,