The Story Behind the Story of The Big Beach Cleanup by C. Offsay 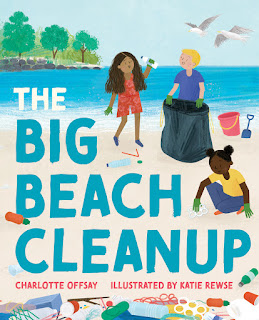 My stories tend to come from the things that take up the most room in my heart. When I sat down to write what would eventually become The Big Beach Cleanup, I was consumed with the desire to show my children that they don’t have to be superheroes to make the changes they want to see in the world. I wanted them to know that extraordinary change starts with small steps and ordinary hands joining together with those around them.

While the core idea of small hands joining together was clear in my mind, the way into the story was not. I tried numerous structures, characters and voices, but nothing felt quite right. I needed a character that kids would be able to connect with and a story that while clearly had a message was still fun to read aloud and that kids would enjoy. ‘Little hands joining together to make big change’ continued to top my Storystorm lists for a couple of years in a row.

It wasn’t until a series of environmental conversations with my two young children about the trash left out in the streets of our neighborhood that the story finally clicked. They wanted to know where the trash had come from, why was it important to pick it up and what did it mean to take care of our planet. Out of those conversations, the main character Cora was born.

Cora is an ordinary child who dreams of becoming a sandcastle champion but when she reaches the beach, she finds the competition canceled due to litter at the beach. Cora and Mama pull on gloves and get to work, but soon Cora realizes it will take more than two pairs of hands to solve a big problem.

While the story revolves around the sandcastle competition my hope is that Cora is a character that children can root for and connect with. I hope seeing ordinary hands joining together to make big change empowers children and inspires them to take a look at the world around them, do their part and join together to make a difference. 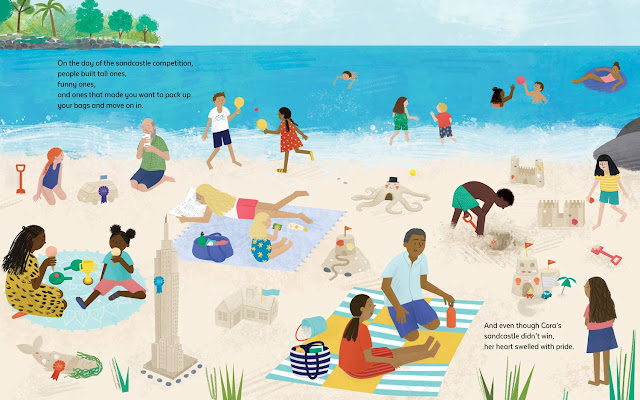 Cora is excited to enter the local sandcastle-building contest--until the contest is canceled due to litter at the beach. Determined to help save their favorite place, Cora and Mama get to work picking up the single-use plastics that have washed onto the shore. It will take more than four hands to clean up the beach, but Cora is just getting started. 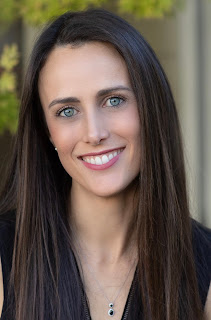 CHARLOTTE OFFSAY was born in England, grew up in Boston, and currently lives in Los Angeles with her husband and two small children. Through her work, Charlotte hopes to make children laugh, to inspire curiosity, and to create a magical world her readers can lose themselves in time and time again.